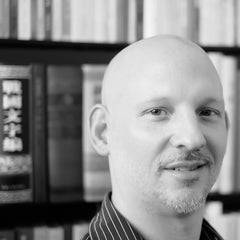 Though his professional career started in engineering. Ash has been fervently learning languages since 1991. He speaks Dutch, Mandarin, Cantonese and German, all in varying states of decay. In addition to these, he has learned to some level or another another 7 languages. With both an undergraduate and a Master's degree in electrical engineering, specializing in electromagnetic wave propagation, he worked as an engineer/programmer for 8+ years. Somehow during this time, he managed to spend 1.5 years living in Utrecht, the Netherlands and even worked for a short time as a professional Dutch to English translator as well as a volunteer interpreter. Less than a year after graduating with his Master's in 2004, he left engineering and moved to Asia to pursue a long time passion: a career in foreign languages.

After a short seven-month stay in Hong Kong, he moved to Taiwan to attend the intensive, academic Chinese program at ICLP (臺大國際華語研習所) for 10 months. Before entering the PhD program in the Chinese department at National Taiwan Normal University, Ash spent six years in the Teaching Chinese as a Second Language (TCSL) PhD program where he focused his coursework mostly on linguistics, including courses such as:

Around 2006, he was introduced to and fell in love with Old Chinese phonology and Chinese paleography. He was very fortunate to be able to attend two separate two-week intensive seminars in Old Chinese phonology and paleography at Leiden University (2007) and at Oxford University (2009), arranged by Dr. Dirk Meyer of Oxford University and taught by Dr. William Baxter of the University of Michigan and Dr. Chen Jian (陳劍) of Fudan University (復旦大學). During his time in the TCSL department, he took Chinese Characters: Theory and Practice (漢字理論與應用) from Huang Pei-Jung (黃沛榮) and the following classes related to paleography in the Chinese department, from Prof. Chi Hsu-Sheng (季旭昇):

as well as Research into the Evolution of Chinese Character Forms (漢字形體學研究) from Tu Chung-Kao (杜忠誥).

Though he had already become a PhD candidate, after discussing his future with Chi Hsu-Sheng (季旭昇) (on top of previous advice from Dr. Baxter and Dr. Meyer), he decided to leave TCSL and move over to the Chinese department to pursue more academically rigorous studies in paleography. There he took:

He threw in a course on oral interpretation (逐步口譯-中翻英) in the translation department taught by Chris Findler (范大龍) for good measure. In April 2014, Ash took and passed the Chinese department PhD qualifying exams in the area of paleography (which also included Old Chinese phonology and Bronze Vessels), and thereby regained the status of PhD candidate. He defended his dissertation, titled 《文字考釋及以偏旁為主的文字分析研究》 (Paleographic Analysis and Research into a Functional Component-based Framework) and graduated in January 2022.

In addition to the research for Outlier, Ash is also very interested in Chinese excavated texts and the Chinese classics. He also attended Prof. Chi Hsu-Sheng's (季旭昇) (mostly) weekly excavated text study group for over two years. If Ash had any free time, he would spend it learning as many languages as he could and more about the Chinese classics.